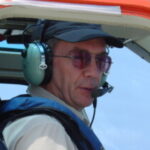 The Drive by shooting 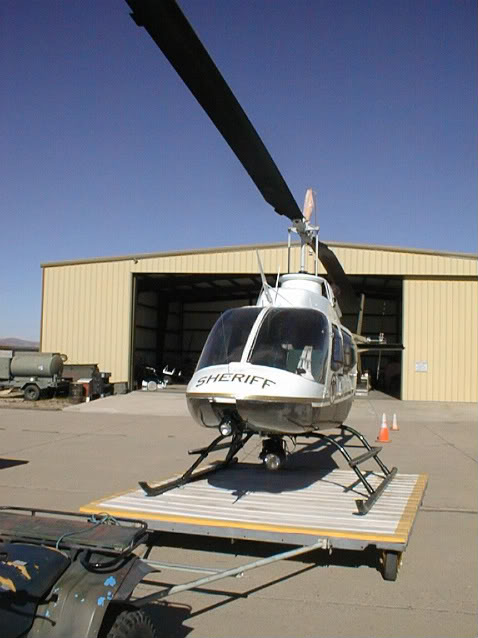 THE DRIVE BY SHOOTING

I was about to fall into bed, exhausted.
I had way, way exceeded normal duty time, due to a series of law enforcement events.
In fact, the previous night, I had hardly slept at all. I was dog tired, bone weary, crabby, irritable and my body ached to be let go to sleep. I was actually sitting on my bed, shoes off at last, starting to undress. In another five minutes, I would have been sound asleep. Sleeping the peace of the exhausted. I would have been out for at least eight to ten hours…

My pager went off.
I stared at the numbers… Dispatch….!
With the emergency code…
What the hell do they want? Don’t they know I’m frickin’ well exhausted?
A second later, both my home telephone and my cell phone started ringing. Simultaneously. By magic. The dreaded ‘triple whammy’.
Especially at one o’clock in the morning.
Dammit. Dammit. Dammit to hell!
I answered the phone, none too subtly, ready to tell them in no uncertain circumstances….
“WHAT…..?! “
The dispatcher was apologetic. I was normally friendly. She knew I had been working a very long shift. She phrased her inquiry very tactfully.
“Lincoln twenty one asked us to call you. He knows you’re down on sleep… But he’s asked us to call you about… “
Lincoln 21…
One of our patrol commanders. A good guy. He never called unless there was a real good reason…
She continued: “….about a drive by shooting in progress “.
A drive by shooting in progress??

The squirt of adrenaline was instantaneous.
I hate drive by shootings. There is something so cowardly, so random, so inherently cruel about the joy of firing off bullets at breathing, living human beings. It’s probably also the gun owner in me, the collector, with a small but impressive armory, who furiously resents the implicit breach of trust. Hundreds of thousands of gun owners in the US enjoy their weapons responsibly, for hunting, shooting competitions, or just plain fun. It’s called ‘plinking’. And it’s a harmless pursuit. Knocking over empty beer cans, and exploding milk bottles filled with water. These owners seldom get much attention in the liberal media. The small lunatic fringe however, the inevitable Neanderthal throwback, the candidate for any Darwin award in the category of rearward human evolution…. there’s always some cretin, with an IQ of minus two-and-a-half, who gets a thrill, an adrenaline kick, out of skulking around in a car, usually after dark, waiting like a sick predator for his victim. The rounds often kill or maim the innocent, as they go through walls, or ricochet weirdly. I’ve had rounds flying around my ears, and a bullet that has struck an object is often tumbling through the air. If it comes close enough, you can hear an evil sound, the whirring-sighing fast-paced noise of a bullet announcing its presence, with still plenty of energy left to kill.
whaf-whaf-whaf-whaf-whaf……

Out the door like a 45 caliber hollow point bullet, I raced to the hangar, listening to dispatch talking to units enroute. Not good. It was in an area behind the mountains that was going to take a while to get to for the patrol cars. It was also a difficult area, with the houses spread out, and multiple dirt roads, making escape easy. The helicopter was probably going to get there first. Minutes later, I was running into the hangar, noticing with satisfaction that our standard procedures had been fully followed. The on-duty helo observer had already got there, and opened the hangar doors, started the ATV, and towed the helo on her dolly out to the take-off point. The blades had been untied, the engine inlet cushions had been removed, the blades swung ninety degrees to the nine o’clock slash three o’clock position, and she was ready for me to hit the starter. I, for my part, always left our girl full of fuel, the oil and hydraulic reservoirs checked, and all I had to do was check quickly for any unexpected leaks, and hop into the seat. Hit the starter, bring the N1 up, introduce fuel, and listen to the turbine groaning into life.

Streaking low over the dark mountains, as fast as we could pedal, the cockpit was quiet. There were three of us. Silent, with our own thoughts. The instruments glowed a dull military red. Dispatch was passing back a steady stream of information. The calls were coming in constantly. An old Ford Thunderbird, off white, with a brown scabby vinyl top. Three or four youths inside, presumably drunk, mowing over mailboxes, and shooting at porch lights and through windows, and driving very fast and recklessly.
Having a high old time… No reports of injuries, yet, but that was just a matter of time.
There’s no way of telling where those rounds are going to go…
The sergeant with me, an old hand, proposed we perform our final run in ‘black’.
That meant lights out. No anti-collision light or navigation lights. Just a black flash, banking hard, or flying straight as an arrow. The Hunter. Deadly. Mean.
Quietly angry…

We arrived in the general area, and now we were straining our eyes. We could see a dozen or so car headlights, but they all seemed to be moving normally.
We were looking for a reckless speeder, who….
There! Over there!
Way in the distance, I spotted a set of headlights that seemed to move erratically, as the car came around a corner. That jerky, hesitant movement of the lights playing over the landscape, when a car is fishtailing…

We altered course, and now we were closing rapidly on the target.
The sergeant, in the light of a flashlight, was studying a map, trying to correlate the latest dispatcher information with the area we were approaching.
Dandelion Road. Dandelion Avenue. Dandelion Street…
His voice was curt. “We’re in the right area! That might be the bad guy right there…! “
The cockpit fell quiet again, save for the noise of the turbine wailing, and the blades, reassuringly, throbbing their steady beat.
Minutes past. Quiet, silent minutes. Introspective minutes. Other worldly minutes.
Was this our guy? Was he likely to start shooting at us? What kind of weapons did they have? Rifles? Were these guys pros? Hunters? Or just damn kids?
There was no way of knowing…

It was becoming obvious that this vehicle was moving very fast.
Traveling down a dirt road now, we were coming up steadily behind him, but it was taking a while. He had to be doing seventy or so. Down a dirt road?
The tail lights were moving from side to side in rapid, jerking movements, which checked with a vehicle being driven very fast on a loose surface.
Nearly…there. My finger was on the searchlight trigger. The manufacturers call it a “Starburst “. Not without good reason.
There! I couldn’t resist a dry comment just prior to hitting the switch.
“I wonder if this is going to grab somebody’s attention… “
And with that, I ‘star bursted’ them…
The light took two seconds to warm up, and then….nailed… an off-white Ford Thunderbird, with a dirty brown vinyl top…
The cockpit exploded with three voices yelling simultaneously.
Real professional, and real cool, calm, and collected. Just three professionals at work.

Yes, indeed, now WHAT are you going to do, Bozo?
In answer, the Ford Thunderbird slammed on his brakes, and careered crazily to a stop, in a shower of dust and pebbles. And then… he sat there.
The helicopter, for its part, now swung into an orbit, fixing the Ford smack in the middle of the Starburst. Beside me, the sergeant was on the radio to dispatch, and I, for my part, feeling like a bear who has just found a honey jar, was prepping mentally for my little speech…
And still the Ford sat there, in the middle of the road, and I would have given most anything to have known what they were saying right then.

The metallic voice over the public address, eerily floating down from the sky, with a whop-whop-whop accompaniment, addressed them sternly, with a slight Irish accent:
“This is the Sheriff’s Office! You are considered armed and dangerous! Do as I say or you will be shot! Driver! Switch off your engine and place the keys on the roof! “

I delivered the speech, one of my favorites I’ll admit, and with a mental (Heh-heh-heh!) I settled back to see what was now to unfold. They, for their part, slamming back into gear, raced away, with us in pursuit. I wasn’t worried. You can’t outrun a helicopter. And the cavalry was on the way…
In the end, the Thunderbird driver proved his Darwinian evolution to be a rearward one, definitely retrogressive, by racing for several miles, with us in a leisurely pursuit ( “Good, I can finish my sandwich now “, sort of thing), all the way to his brother’s house. Where they proceeded to all bail out, run in, and slam the door shut.
Perhaps they DID think it was a flying saucer coming to take them away…
“coming to take them away, ha-hah!
coming to take them away… “

The boys rolled them up easily, and that was another trophy notch I could cut out of my cyclic stick.

But I do sometimes wonder… when the light suddenly, out of nowhere, enveloped them, right out in the middle of the desert night…

What were they saying, right then…??

2 responses to “The Drive by shooting”